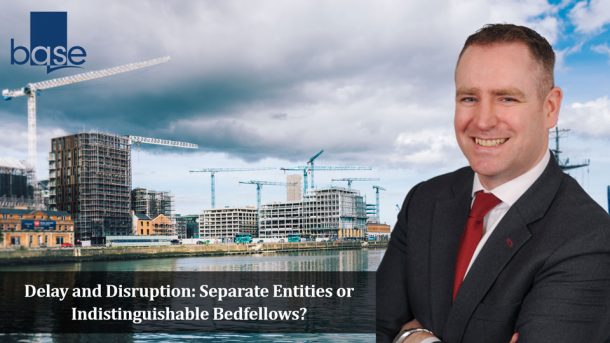 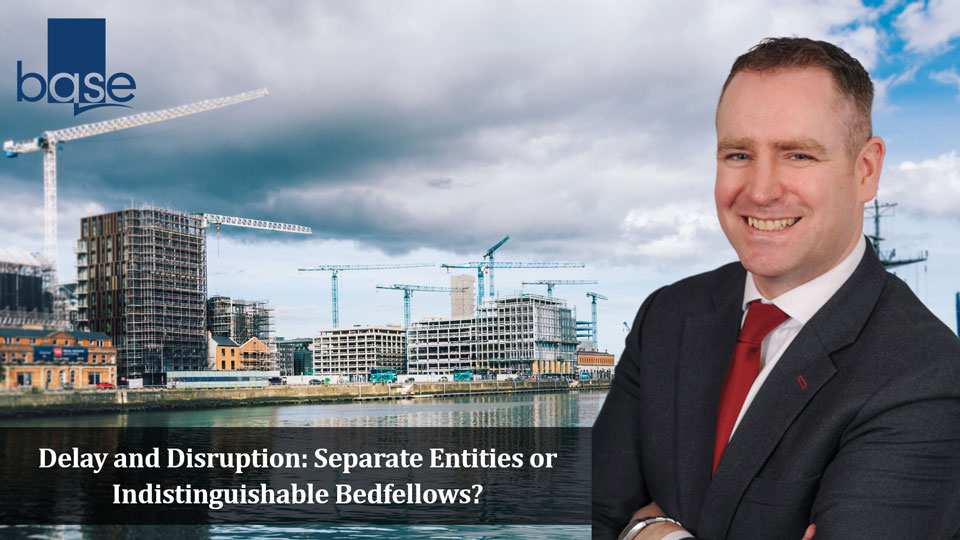 In the face of restricted working practices and social distancing at work, what are the likely impacts on construction operations? If works are undertaken under unanticipated restraints that inevitably increase the time required to complete tasks and/or cause tasks to require additional resources and/or reduce the productivity of the resources allocated to such tasks, the likely impacts can reasonably be expected to be the often mentioned delay and disruption, and the resulting claims based on these matters.

Whilst these matters are common in our industry, there seems to be a degree of misunderstanding of how delay and disruption come about, how they are related and the distinctions between them.

A brief commentary of these issues is worthy of repetition.

Delay is first and foremost a time issue. Simply put, work activities require longer periods than originally planned for. A potential consequence of delay is that a project’s completion is delayed beyond the completion date defined in the contract, provided the affected work activities are on the critical path.

Depending on whether it is the employer or the contractor who causes the delay there are two broad results. In the event of:

Disruption is considered to be a disturbance or hindrance to the contractor’s normal working methods, where the usual consequence is reduced productivity or efficiency in carrying out the works. If the contractor is prevented from following its reasonable plan for undertaking works, determined at the time of entering into the contract, the likelihood is that its resources (labour and plant) will achieve a reduced productivity rate compared to that planned and estimated for in the price. The result of this will be that the activities will cost more to complete and the contractor’s anticipated profits will be diminished for those particular work activities.

The potential consequences of disruption are:

In each scenario the likely impact for the contractor would be unanticipated loss and expense.

In themselves, delay and disruption are independent of each other, however they are often combined in the preparation and presentation of a claim. This may ignore their distinctions and fail to identify the events that caused each and the different resulting effects experienced. Combined delay and disruption claims are typically considered global in nature and as such are less persuasive of their merits.

It is therefore ever more important that contractors clearly understand the definitions of delay and disruption, as well as the differences and potential relationship between them.

Although separate issues, delay and disruption are often inherently interrelated. A loss of productivity (i.e. disruption) can lead to activity delay and, if the impacted activities are on the critical path, this can result in critical delay. In this situation, contractors will have grounds (assuming the contract provides for such) to claim for:

Equally, delay can lead to disruption. If contractors realise that the project is experiencing critical delay but has not been or is unlikely to be granted an EOT, acceleration measures may be required. It is possible that the acceleration measures implemented will lead to some work activities being carried out with a lower productivity than planned and hence at greater cost.

The commercial consequences of delay and disruption can also appear to overlap. For example, if the acceleration measures taken to mitigate an activity delay lead to a loss of productivity, the cost of implementing those measures should be recovered under the disruption claim, although the primary cause of the disruption may have been a delay event. Subject to the contractual circumstances, both claims should be advanced – the delay claim to obtain relief from LADs and potentially prolongation costs; and the disruption claim to recover loss and expense incurred due to reduced productivity. Determining where these costs sit is a complex topic in itself, which is beyond the scope of this article.

If contractors keep in mind the distinction between delay and disruption when preparing claims, they will be more likely to persuade employers of their merits:

In the new Covid-19 era of restricted working practices and social distancing, it seems that related delay and disruption in construction activities is inevitable. Contractors should focus more closely on measuring and recording productivity with the same accuracy that they traditionally record progress. Not only will this improve their ability to commercially manage their projects but, with proposals based on accurate records and costing, it should allow contractors to engage with their supply chain and employers in a collaborative manner.

It seems appropriate therefore to recognise that whilst delay and disruption often end up as indistinguishable bedfellows, they are best regarded as separate entities, however intertwined they may well be.