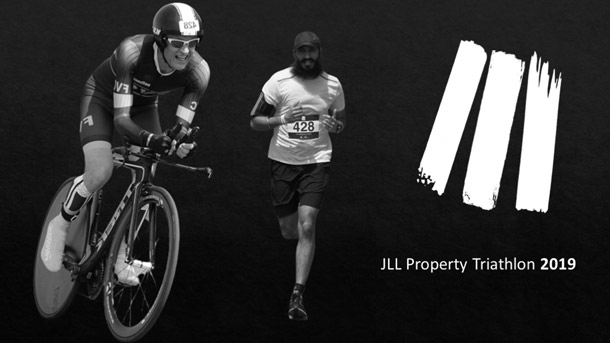 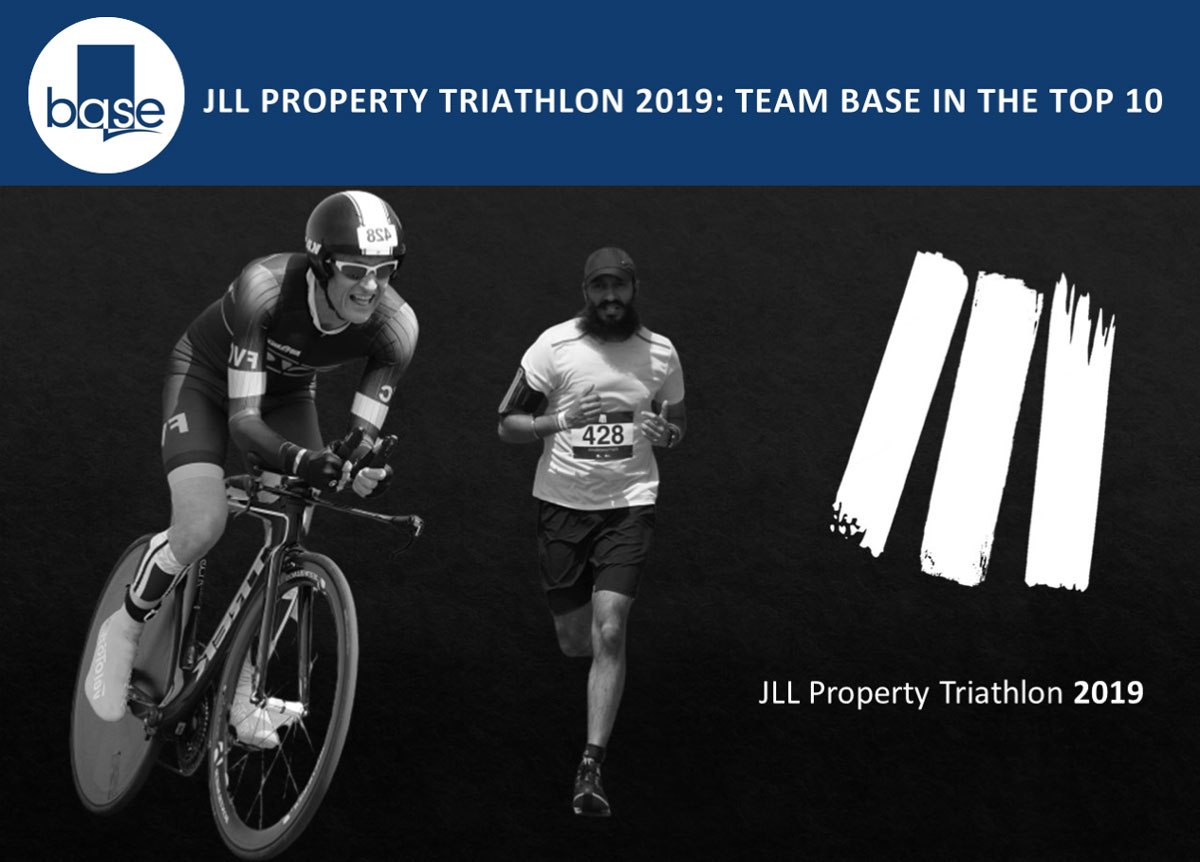 Last week, the JLL Property Triathlon returned for its 13th event and, for the second year running, so did Team Base. Danny Frost and Kieran Flint came back to take on the cycling and swimming events and last year’s Steven Osborne passed the baton to Manny Chahal for the 5km run.

Overall the team came in 6th place out of 474, with a brilliant performance by all. Kieran sped to second place in the 750m open water swim, securing the runner up position so fast that even the cameras could hardly catch him! Danny cycled his way into the top 20 and, despite a knee injury, Manny finished his 5km run with a great time of 23 minutes and 53 seconds. 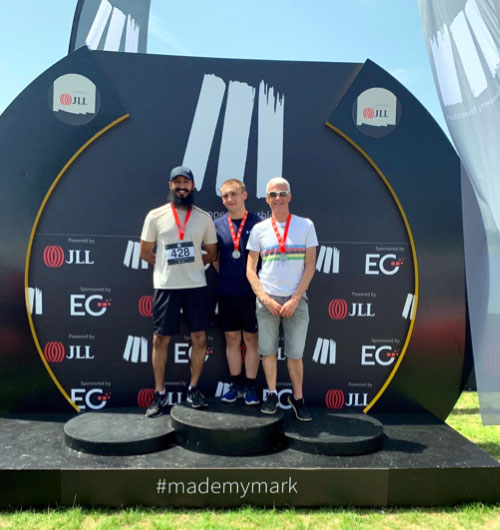 Base’s Manny says:
Training for the triathlon was a fun (albeit gruelling!) process and the team did a great job of keeping each other motivated in the months leading up to the event. Having finished in the top ten last year, Team Base were determined to finish strong once more this time around 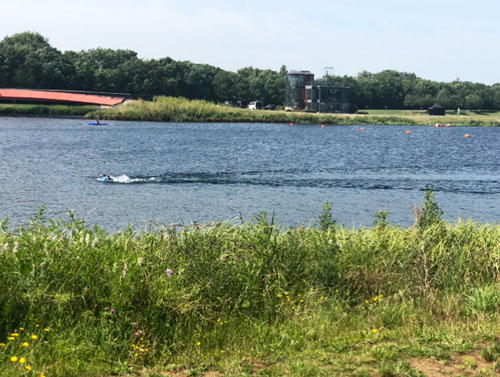 They certainly managed that and, with the event taking place on a beautiful sunny Friday at Dorney Lake, it was a great way to see in the weekend. The team aim to return next year with a goal to make the top 5!