Main Contractors, you are only as good as your subcontractors – why not look after them?

Main Contractors, you are only as good as your subcontractors – why not look after them? 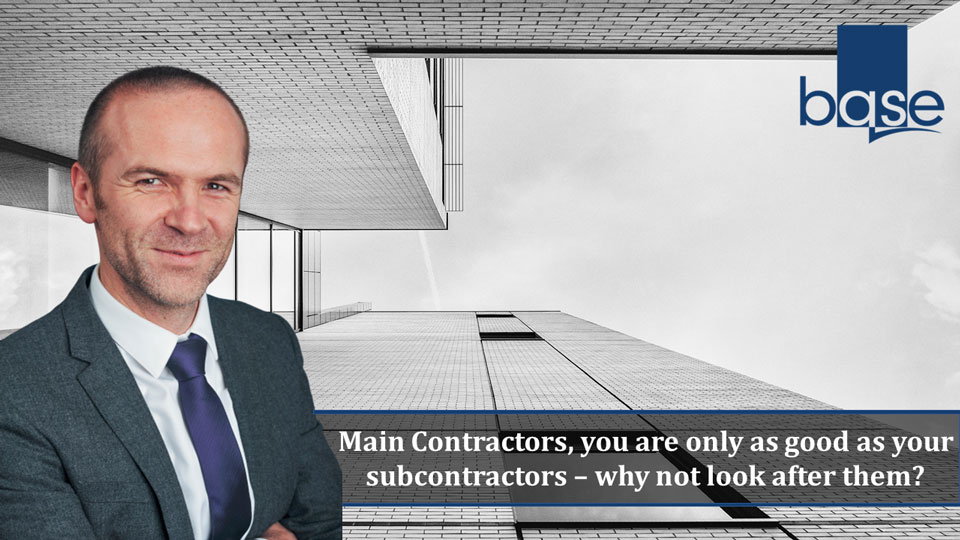 Since joining Base, I’ve been involved many times in assisting subcontractors who have seemingly been given a tough time by main contractors. This often follows the same pattern, which begins with a friendly and collaborative tender period and a positive start on-site, often referred to as the ‘honeymoon’. However, at some point the main contractor programme starts to fall into delay, pressure builds on the subcontractor, some curt and/or contractual letters are sent by the main contractor and the subcontractor is accused of breaching obligations it apparently didn’t even understand it had. Site motivation wanes, cash-flow dries up, other jobs are prioritised and, before long, a dispute occurs. Sound familiar?

What is going on here?

In my experience, it is rare that either side are completely fault free. However, there is a prevailing theme that the arrangement (contract requirements) that subcontractors thought they were taking on is not what they end up with. This is usually to their detriment. Common themes of dispute include:

The problem often starts with a failure in procurement by the main contractor. The standard of subcontract enquiries can be poor with fundamental elements such as a fully defined scope and programme often left deliberately ambiguous. This leaves the subcontractor free to price what they want the required works to be, rather than what the contractor wants. This is often exacerbated by a subcontract order that attempts to pass most, if not all conceivable risk to the subcontractor, imposing a myriad of hoops that it will be obliged to jump through before it can claim an extra penny. This contrast between subcontractor expectations and the imposed contractual reality can be visualised as follows:

What is the answer?

In my experience, subcontractors generally want to perform and maintain good relationships with main contractors but are easily spooked by contractual heavy handedness and perceived unfair treatment. Furthermore, to remain competitive, they often ‘run lean’ when it comes to management staff; they just don’t have the skills and resources to deal with complex contractual administration.

So, main contractors, it seems like better procurement, early open discussions about expectations and some empathy (if not sympathy) for a subcontractor’s predicament is required. Look after your subcontractors; after all, you’re only as good as their performance.