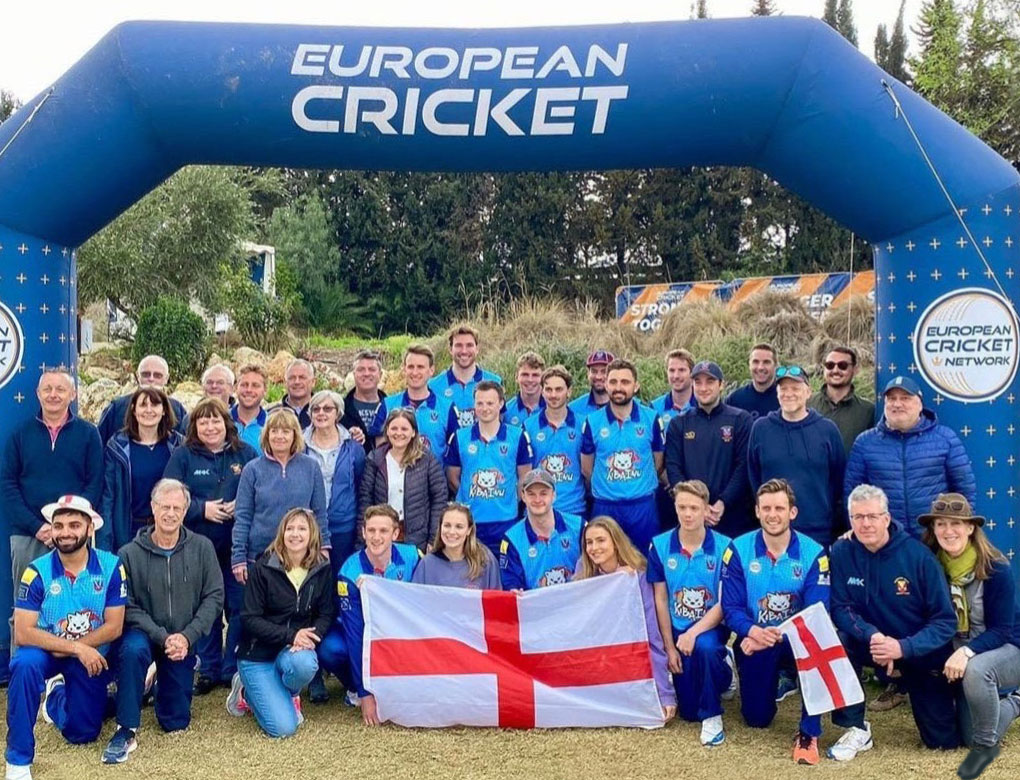 As you may be aware, Base Quantum are proud sponsors of the Tunbridge Well Cricket Club’s women’s and girls’ teams and avid supporters of the club in general.

We have been cheering on the men’s team in their journey through the European Cricket League in Malaga, which saw them make it to the finals after winning their group stage back in February. The final match took place over this weekend, and we are delighted to announce that they finished second out of 30 national champions! An incredible achievement (one of many for the club) and we are continually proud to be associated with them.

We came over here not knowing what to expect, but go away with some great memories; we have met some wonderful people, and played against some great cricketers. And we got to play in front of the cameras feeling like professionals for a week. We’d like to thank everyone so much.

A huge congratulations to Tunbridge Wells Cricket Club on this wonderful achievement and we look forward to cheering you on for the many more that lay ahead of you!

We use cookies on our website to give you the most relevant experience by remembering your preferences and repeat visits. By clicking “Accept All”, you consent to the use of ALL the cookies. However, you may visit "Cookie Settings" to provide a controlled consent.
Cookie SettingsAccept All
Manage consent

This website uses cookies to improve your experience while you navigate through the website. Out of these, the cookies that are categorized as necessary are stored on your browser as they are essential for the working of basic functionalities of the website. We also use third-party cookies that help us analyze and understand how you use this website. These cookies will be stored in your browser only with your consent. You also have the option to opt-out of these cookies. But opting out of some of these cookies may affect your browsing experience.
Necessary Always Enabled
Necessary cookies are absolutely essential for the website to function properly. These cookies ensure basic functionalities and security features of the website, anonymously.
Functional
Functional cookies help to perform certain functionalities like sharing the content of the website on social media platforms, collect feedbacks, and other third-party features.
Performance
Performance cookies are used to understand and analyze the key performance indexes of the website which helps in delivering a better user experience for the visitors.
Analytics
Analytical cookies are used to understand how visitors interact with the website. These cookies help provide information on metrics the number of visitors, bounce rate, traffic source, etc.
Advertisement
Advertisement cookies are used to provide visitors with relevant ads and marketing campaigns. These cookies track visitors across websites and collect information to provide customized ads.
Others
Other uncategorized cookies are those that are being analyzed and have not been classified into a category as yet.
SAVE & ACCEPT