What does the future hold for Quantity Surveyors? 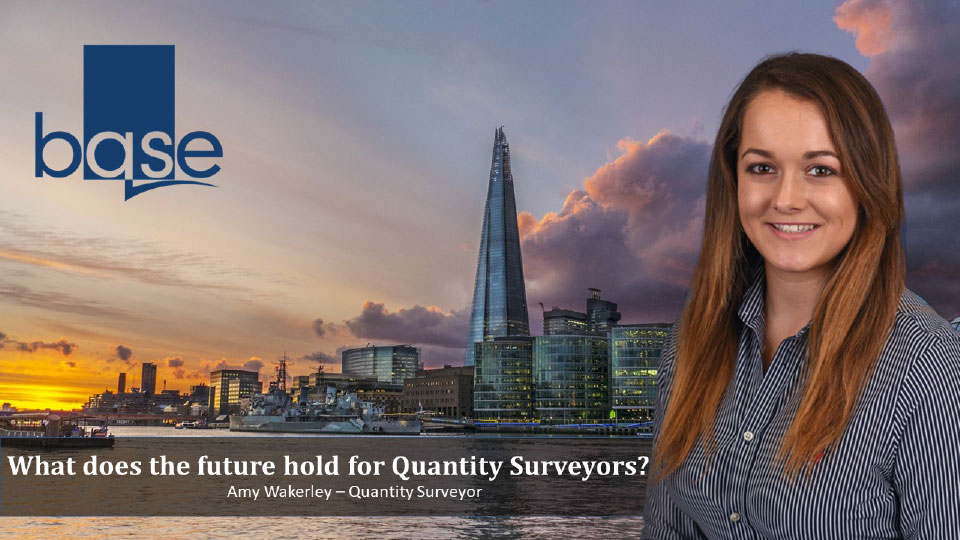 In 1999, Cavill bluntly stated “change or die” following a survey carried out among Quantity Surveyors (herein known as QSs). The survey found that 58% of respondents thought the traditional cost-modelling role was under threat and would likely be replaced with software packages. Furthermore, 75% of respondents believed their business would be monopolised by other professionals unless they offered a new range of services.

Technology has already and will continue to play a huge role in the development of the QS, reducing the need to travel and improving international working and onsite communication. Advancements in Building Information Modelling (BIM) and measurement software have already altered the services and roles undertaken by the traditional QS.

However, it is unclear to QSs the extent to which their role is shifting and what potential it has for further change. One of the main questions raised is whether the role will exist at all if technology takes over the traditional measurement and costing exercises?

The RICS Quantity Surveying and Construction Pathway Guide (2017) defines a QS as “the cost managers of construction” and states that they “must understand all aspects of construction over the whole life of a building or facility”. This broad definition is relatively new; the QS is now expected to manage costs in proportion to quality and value for each individual client’s needs.

Recent years have seen the role becoming redefined and expanded to encompass a number of different services outside of what is traditionally expected. As the use of pre-contract services began to rise, QSs were recruited increasingly earlier in a project. Their duties, according to Towey (2012), encompassed:

[monitoring] the different stages of design whilst [the project] is developed to compare with the budget, and [advising] the client’s team of changes that impact the budget.”

QSs today cannot be universally defined. As a result of their expanded role and the multitude of services offered, there are alternative titles the QS has been labelled or has attempted to adopt. Sullivan (2017) lists ‘Cost Consultant’, ‘Cost Engineer’ and ‘Commercial Manager’, finding that the market is asking for more general, rounded surveyors over specialist QSs.

We are the jacks of all trades but the masters of none.”

To establish the current thoughts within construction regarding the services offered by QSs, a questionnaire was submitted to members of the industry. A selection of the responses are presented in Figures 1 to 3. 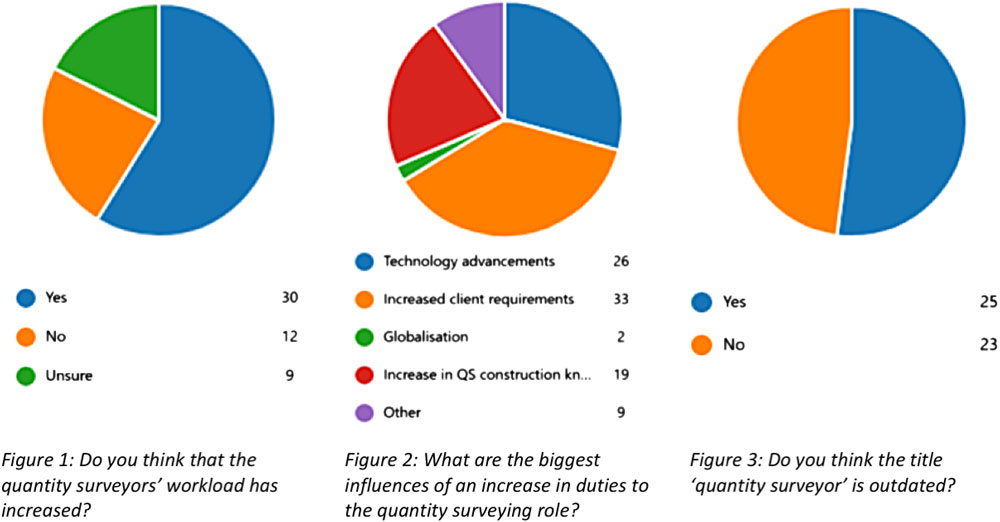 Responses demonstrate the widely held perception that workload of the QS has increased (Figure 1). In answer to the modern developments causing this – including technology and increased client requirements (Figure 2) – new services and duties were identified that would allow the QS to remain relevant in the industry. Focus is directed towards Contract Administration, Commercial Management and Dispute Resolution, where the QS is more than capable of utilising their skills. There is also the perception that traditional services are decreasing, rendering some services irrelevant and removing the need for others to be undertaken by a QS. This is particularly applicable to core services such as measurement, valuation and document preparation.

With an increase in client requirements driving the need for the QS to offer a broader range of services, the ambiguity as to the actual title of the role – as seen in the near 50/50 split in Figure 3 – stands. However, and contrary to Cavill’s suggestion, it appears clear that the role is not going to fade away. Instead, it is growing and adapting to include new requirements and responsibilities. It appears possible to redefine the role and provide value added services demanded by modern clients, allowing the QS role to survive for those who adapt their skills and services.

There is no specific direction that can be predicted for the future of the role, as it is ever changing within the construction industry, however, the title of ‘Quantity Surveyor’ is still reflective of the duties carried out. Although the traditional role may change almost beyond recognition, whilst the construction industry exists, it appears there will still be a need for a dedicated person to quantify, measure and value works in the United Kingdom.